The word majolica or maiolica derives from painted pottery/tiles/earthenware from Mallorca. The trademark is the hand-painted designs usually in blues and whites but can include bright colours as well.

It was so expensive! But I had to have it! I washed it on delicate, let it air dry, folded it softly and set it aside until I had the perfect summer dress pattern. I was thinking about making another Kim dress from By Hand London but then I saw a picture of their Charlie (made from a brown curtain!) and knew it’s got to be Charlie – I downloaded the pattern (only used the bodice) and made my own 3/4 circle skirt (with the help of Mood Fabrics circle skirt calculator ) The pattern was a nice balance of easy peasy that also had challenging tidbits.

The purse was a recent birthday gift from my friend Jordan 🙂

Now I just need to find a time and place to stroll around in this!

Well, that was one helluva ride, so many ups and downs and I’m still unsure how fair the whole system was. What I mean is, I think you need to have many followers on your various social media outlets to help you with the votes.

For those of you who don’t know how the Burda Style Talent 2018 was held let me explain: It was a month long contest and every week the top 5 with the most votes went on to the semi-finals (they were safe and just waited till the end of the contest). If you weren’t one of the lucky 5 your votes went back to zero!  So you have to ask your friends, family, followers, colleagues to vote AGAIN the following week. I was so ashamed, I’m not usually one who asks for help with anything and here I am asking for votes… I felt so ???? I don’t know a bit childish, a bit naive… I was 6th after the first week of the contest, in week two I got 12th -I didn’t bother anyone to vote for me (I was a bit down after going from 5th to 6th 10 minutes to midnight). Week three I was 8th, and then I gave it my all in the 4th week and was 2nd!

Then the jury took a VERY VERY VERY long time to decide the ranking of the 24 finalists (top 5 for each of the four weeks plus one wildcard for each week). I hope I wasn’t the only one checking Instagram, Facebook and etc.. (a couple times a day) because dude I sure felt silly and disappointed realizing that ANOTHER day had gone by where they haven’t posted anything. Yes, it was during the May holidays (there are several in May here in Germany) but a little “Sorry, half the jury is on vacation we’ll let you know on day X what our decision for the ranking is” would’ve been nice.

So yes, the jury put those 24 finalists in their personal 1st through 24th place and I think it was very fair, the right person won and the second and third place were very nice as well but I do think there were a good handful that didn’t make it to the finalists round that were better than a few that did make it. I was 15th, I won a few Prym sewing accessories and I’m very grateful but to be 100% honest, I’d rather have been 16th (they won a pair of high-quality scissors). I already own 5/7 of the goodies below. But I’m not complaining, and it’s not about the prizes, it was about trying new things and I don’t regret taking part in the contest but I definitely won’t do it again. I’m just not cut out for it, I’m not a (vote) beggar and I don’t have a whole helluva lot of followers that will guarantee me a placing, without a very healthy dose of “please vote for me” I wouldn’t have made it. But I did and I’m very very happy to be 15th out of a good 120 that entered. Thank you, everyone!!!!

On a side note, I’m sure I’ll make my sewing friends happy when I add a Prym goodie to their birthday present this year 🙂

So I entered the BurdaStyle Talent Contest earlier this week and the top 5 move on to the semi-finals at midnight 29 April. Right now I’m 4th! 😱 I feel so torn about asking someone to vote for me. I REALLY want to move on but I don’t want to over spam my friends and family and I feel odd about begging old acquaintances to vote for me. I’d like my votes to come from people who just like my pieces. If you can appreciate the style, the fabric choice, and the details (boning, lining and underlining, hand-stitching, covered buttons) and you’d like to give me your vote, then you would make me THE happiest woman!

This twirling skirt pretty much represents the whirlwind of feelings that I have right now. Excited * Proud * Passionate * with a touch of nervousness.  I fell in love with this design when I saw it in the Burda Style Vintage Special 6/14. I think I traced the pattern out the same evening I bought the magazine! I actually went all out and ordered the perfect fabric from Mood but customs threw me a curve ball and it didn’t arrive in time. Maybe I’ll sew it up in the same style later but right now I have a crush on the Frida look. 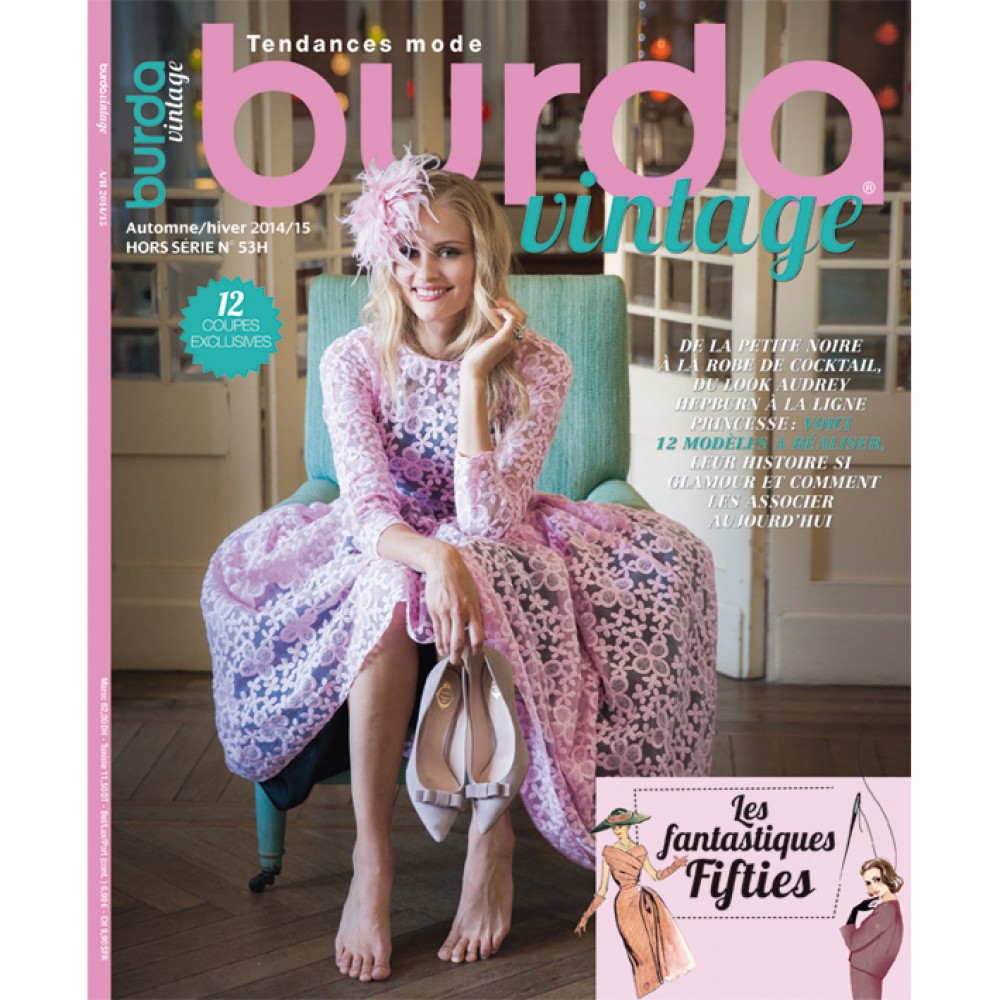 Earlier this month I attended a 4-day body blueprint at  Sew La Di Da Vintage in Lyme Regis. I didn’t have any expectations when I arrived which made me all the more incredibly elated when I left because Caroline and Frankie really taught me a lot. We learned how to fit a garment to our shape (and my measurements are definitely not your average ready-to-wear measurements), insert boning and a more precise way to insert an invisible zipper. Caroline also designs fabric and I have such a fetish for Frida Kahlo so it was a no-brainer that I had to use this fabric to make the playsuit that I had in mind (based on the Burda design above).

Cross your fingers and may the best designs win ✂️😍👗

Here I go, nosediving into the world of bloggers. I have to thank Wanderstitch for her blog Setting up a blog: A guide for noobs I still have a few loose ends to straighten out but  I guess this all takes time and there’s always the friendly edit button.  END_OF_DOCUMENT_TOKEN_TO_BE_REPLACED